Himeji Castle appeared briefly in the pages of the German history magazine P.M. History, illustrating Das Japan der Samurai (The Japan of the Samurai), in an extensive article about this warrior corp and the ninjas. Built in 1346 in the coastal city of Himeji, it underwent profound transformations between 1580 and 1609. Also known as the "White Heron", due to the alabaster used on the facades, this labyrinthine fortress was declared a World Heritage Site in 1993 by Unesco.
Page(s): 44-47 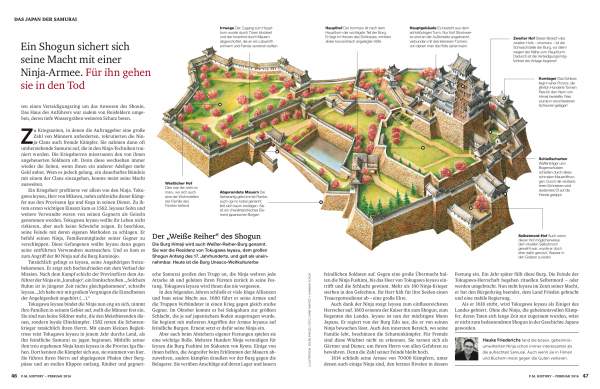