In the feature section Grafik der Woche (Infographics of the Week) of its Saturday supplement, the German newspaper Mannheimer Morgen published the infographics of Mount Kilimanjaro, under the title: Das Dach Afrikas (The Roof of Africa). Located in northwest Tanzania, on the fault line called the Great Rift Valley, Kilimanjaro, an extinct volcano, is the world's highest free-standing mountain. Its peak, Uhuru, reaches 5,891.8 m of altitude. Kilimanjaro has been a World Heritage Site since 1987.
Page(s): 5-6 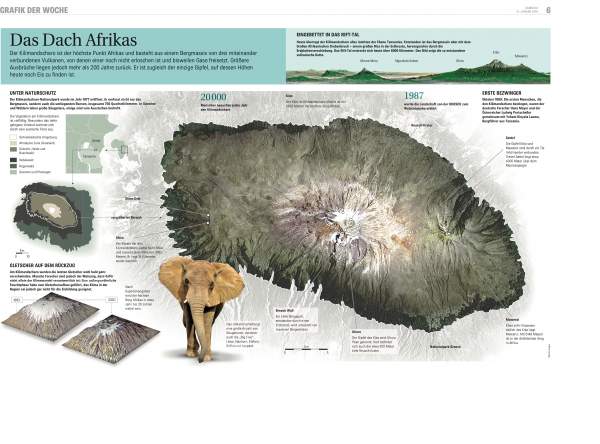